Tell us how many times the word Telkom appears on the clip below, guess correctly and you stand a chance to win some data : )#FridayFunday pic.twitter.com/NipOulKb4O

It’s that time again where you can win some DATA! Play the clip below and tell us what sound you hear and we could be sliding in your DMs. #FridayFunday pic.twitter.com/sR97729WVZ

New Year, New You! Live the Plus Life and stay motivated throughout the year with #TelkomPlus. Subscribe today by dialling *180#. Add more colour to your life. https://t.co/qGRjkW5c1i pic.twitter.com/4qKZtQ10n0

Want a chance to win some data with #FridayFunday? Correctly identify 2 words relating to our product offerings from the image below and you can get a surprise in your DMs. pic.twitter.com/YdI9opgwxl

Unleash the foodie in you in 2020. Subscribe to #TelkomPlus today and get the latest cooking tips. Dial *180# and add more colour to your life https://t.co/qGRjkW5c1i pic.twitter.com/q08un4qRFV

New year, new you? For as little as R1, you can share your new years’ resolutions on Twitter, Facebook, Instagram & More. Get your #TelkomSocialBundles today. Dial *180# and select Bundle Purchases.
Ts & Cs apply.https://t.co/Sr2Pw8KfSl pic.twitter.com/ov2Q3JYaIa

Get entertainment at your fingertips with #TelkomPlus. Subscribe today by dialling *180#. Add more colour to your life. https://t.co/cms7NlSnd6 pic.twitter.com/5G6GS8YJzD

Ifikile i-new year! If you need help with any query, get it sorted anytime on our self-help site: https://t.co/UO8KzaF9WA
Or chat with us between 8am-8pm on weekdays and 8am-2pm on weekends and public holidays. pic.twitter.com/naVi8KAAgu

Get your social game on when you get 10GB of data on a SmartBroadband Wireless plan for R99pmx24.
Get yours today: https://t.co/CVwLZZrME0 pic.twitter.com/PNcrX5VkSQ

Awaken the gamer in you this festive season! Get your game on by signing up to Telkom Plus. Simply dial*180#! Time to game the night away. #TelkomPlushttps://t.co/qGRjkW5c1i pic.twitter.com/cCKVdge5vQ

Welcome to our official Twitter page. For a quick resolution of your query, go to our self-service site here: https://t.co/4QXgVTPleH
For a chat, send a private message to our Social Media Special Forces Team between 8am to 2pm during these holidays pic.twitter.com/pcOvSM41fC

On FreeMe 5GB you get free video streaming which is perfect for a Samsung Note10 Plus, so you can take advantage of the 6.8 inch screen to stream your favourite series on the go. Have a look at your FreeMe package options here: https://t.co/XE9WqObtZv pic.twitter.com/7BnYDBSAQu

It’s #FridayFunday! Screenshot the moment FreeMe aligns and YOU could be getting a notification in your DMs 😉 pic.twitter.com/IxBzCoMQQS

Tweet, stream, chat and more when you get the Samsung Galaxy A30 on a FreeMe 2GB plan. Own one today for R319pmx24 and be free to explore the online world 😉 https://t.co/VPvRm58JQM pic.twitter.com/rcEm4AkReY

Remembering how we all came together as a united nation to celebrate our differences on The Day of Reconciliation. Enjoy your day FAM! pic.twitter.com/3XgUEx1elp

Fam we’ve got you covered! Be on top of Social Media vibe these holidays for a LOW-LOW price of R1!! Get #TelkomSocialBundles, simply dial *180# and select Bundle Purchases. Ts & Cs Apply. https://t.co/Sr2Pw8KfSl pic.twitter.com/ZqAUttzdNB

By the end of December 2019, Telkom would have given away a share of R1 million in daily cash prizes through the TKO Z’khipha More #TelkomKnockout competition. Catch Gugu Mthembu on Super Sport Extra Time Reloaded, channel 204 talking about all things TKO finals. #TKO2019 pic.twitter.com/xyLqPYzbvV

Why wait when you can give it a shot and score big with #TKO2019. Dial *123# and buy a TKO bundle to stand a chance of winning your share of R1million in instant cash prizes. pic.twitter.com/m6tFSqIRwf

Make it quick, it’s your last chance to stand a chance of wining your share of R1million in cash prizes when you dial *123# and buy a TKO bundle! You could be scoring big this #TKO2019
Follow the link to learn more: https://t.co/piNekXDjlm pic.twitter.com/arkvwWmuyM

Be social like your fave’s and flex more these holidays with #TelkomSocialBundles, from as little as R1. Get connected to Twitter, Instagram, Facebook & More. Simply dial *180# and select Bundle Purchases.
Ts & Cs apply.https://t.co/Sr2Pw8KfSl pic.twitter.com/eL0SavSYCI

Ready for the #TKO2019 final? Dial *123# and buy a TKO bundle to stand a chance of winning your share of R1million in instant cash prizes. It’s as easy as 1 2 3. pic.twitter.com/4JluqvimZV

While you’re holidaying there, we have some tips on how to keep your battery alive longer.#TechTuesdays pic.twitter.com/q6oiaJGvx4

Stand a chance to win your share of R1million💰💰💰 in cash prizes when you dial *123# and buy a TKO bundle. This is your chance, ulindeni? Do it now and you could score BIG with #TKO2019 pic.twitter.com/0yfSmlQDAF

It’s easy to share your data with other devices! Simply go to your settings, navigate to wireless networks and enable your portable WiFi hotspot#TechTuesdays pic.twitter.com/pJZaywmf8l

Soar on socials without a worry. Instagram, Twitter, Facebook & more from only R10 for Monthly Social Bundles! Get the details on our Monthly #TelkomSocialBundles. Dial *180# and select Bundle Purchases. https://t.co/TmILwOqsn3
Ts & Cs apply. pic.twitter.com/RZ9FeADRs9

KeDezemba boss! If you need any help with a query, get it sorted anywhere anytime on our self-help site:https://t.co/4QXgVTPleH
Or chat with us between 8am-8pm on weekdays and 8am-2pm on weekends and public holidays. pic.twitter.com/bHjR4sVPGk

Right now these are just letters, but put them together to make our special word and they could be a ticket for you to get a 1, 5 or 10GB data bundle in the DMs 😉 GO! pic.twitter.com/7IUiuBf3E2

550GB and other prizes are still up for grabs! Send @TelkomBlkFriday a DM and you could be a winner…if you can solve the #TelkomBlackFriday mystery 😉 pic.twitter.com/nHnepQ1ODR

Which cup does the 10GB data bundle end up under? Tell us below for a chance to get yourself data! #TelkomBlackFriday pic.twitter.com/DHaj1Aun0q

✅ Is There a Cycle for Cellphone Deals at The Best Buy?

They always have great cellphone deals on their contract deals on a monthly basis.

✅ Do They Have Cellphone And Data Bundle Deals?

Yes! They do have good deals on their cellphones that come bundled up with data packages

✅ Do They Have Black Friday Cellphone Deals This 2020? 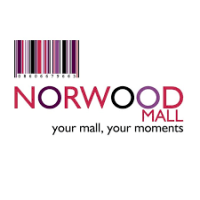 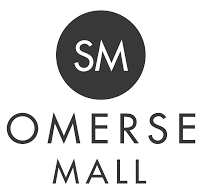 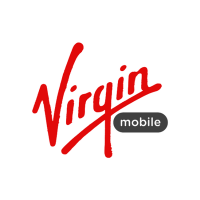